Would you like to switch to the accessible version of this site?

Don't need the accessible version of this site?

Is your child constantly checking on you, asking repetitive questions that you've already answered, repeating behaviors such as closing drawers? Do you find yourself constantly wondering if it's normal that your child has certain rituals when it comes to bedtime or eating?  As a parent, there are many things that you can look out for when considering whether or not your child has Obsessive Compulsive Disorder.

Obsessive-Compulsive Disorder (OCD) is a condition in which an individual experiences intrusive thoughts, images, or impulses which create a high degree of emotional distress. Typically, your child will feel feelings of anxiety regarding these thoughts, but guilt and shame are also closely associated with OCD thoughts.  For example, a child with OCD, may experience an obsession which involves the thought or image of killing his/her sibling by stabbing him or her. This intrusive thought causes him/her to feel anxious, disgusted with himself/ herself, as well as guilt-ridden. The difficulty children have with their intrusive thoughts are not simply because the thoughts exist but because they are thoughts that the child does not want to have. As a result of this emotional distress, the person feels a need to perform some type of ritual (either overt or covert in nature). The ritual serves two functions: (1) to reduce the intensity of the anxiety, disgust, etc. and (2) to prevent or lessen the likelihood of acting on the thought/image. This is referred to as “thought-action fusion” (TAF).

In the DSM- V, criteria for qualifying for OCD include the following:

Under the DSM-5, Obsessive-Compulsive Disorder (OCD) is characterized by obsessions and/or compulsions. Those individuals who do not report engaging in compulsions (rituals) are often referred to as “Pure O’s”, or “Pure Obsessionals”.

As was discussed earlier, a person who evidences OCD experiences obsessions and/or compulsions (rituals) which result in emotional distress. Examples of obsessions may include themes related to cleanliness, aggression, harm, symmetry, etc. Examples of compulsions include cleaning, counting or arranging.

Obsessions are defined as:

Compulsions are defined as:

Symptoms of OCD in Children/ Adolescents:

Because children under the age of 8 do not typically have awareness of their own thoughts, it might be difficult to figure out whether or not your child's behaviors are caused by certain obsessions. However, there are clinical ways of assessing your child for OCD thoughts.

Common obsessions in children may include:

Common compulsions in children may involve:

For more details on OCD in Children, check out Child Mind Institute's slideshow on OCD.

Typically, kids with more negative temperaments and behavioral inhibition are more likely to develop obsessive-compulsive disorder, as are those with first-degree relatives who have OCD. Likelihood particularly increases with relatives who had child-onset OCD. Children who have experienced abuse or other stressful or traumatic events are also more at risk.

Some children experience a sudden onset of OCD symptoms associated with various infectious agents and a post-infectious autoimmune syndrome (also known as PANDAS or PANS).

How Do You Treat OCD?

Various treatments have been effective in reducing the symptoms of OCD. Evidenced-based treatments such as Cognitive-Behavior Therapy (CBT) techniques are typically the first-line course of treatment, which primarily consist of Exposure and Response (Ritual) Prevention methods. Psycho education plus relaxation training (PRT) may be used to treat severe functional impairment in children. Modifying family accommodation strategies has also been used with PRT (Piacentini et al., 2011).

At MCFT, we begin by assessing your child for OCD symptoms using the Children's Yale-Brown Obsessive Compulsive Scale.

If your child is 10 years old or younger, we will use play therapy techniques and bibliotherapy to help your child identify the obsessions and begin fighting these thoughts in different ways through activities & relaxation techniques that are developmentally appropriate for your child. We also give parents ways to work at home with their child on identifying these obsessions.

We also recommend taking a look at the following books: 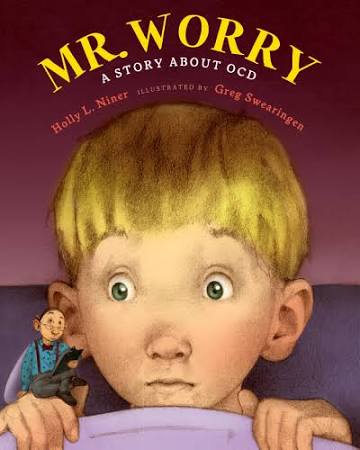 What To Do When Your Brain Gets Stuck: A Kid's Guide To Overcoming OCD by Dawn Huebner 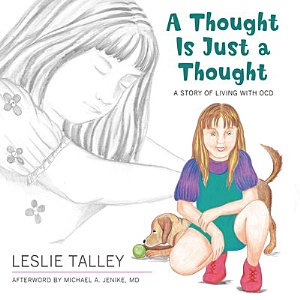 A Thought Is Just A Thought: A Story Of Living With OCD by Leslie Talley